​THE BROTHERS TREMAINE. Historical Fiction. 1836 to 1871. An epic tale that follows the lives and adventures of four brothers, two black, two white, from youth to maturity, serving on opposite sides in the Civil War and finally uniting again in the settling of the West. Before all is done a reckoning awaits them in their home in Georgia.

RANDALL MOORE has published 12 novels and is working on his 23rd. His works include historical novels, science and speculative fiction, espionage thrillers, crime, mysteries and a series about a vampire vigilante. He’s also written short stories, poetry and songs. He’s currently seeking representation.

GoTo https://www.randallmoorefiction.com/services​
​
​REVIEW OF BROTHERS TREMAINE
A fascinating journey from 19th century privileged aristocratic affairs with slaves, to a resulting generation experiencing both white and black legacies in the south. An earthy recognition of the murky southern racial relationships dragged into the light of human needs and aspirations during the tragedy of the American Civil War. On separate but nearly parallel paths, the mixed-race brothers, sharing only the same father, develop into bold men of honor who eventually stand uneasily together against a common enemy in a new country far from the south. Find a comfortable chair, turn off the television and your smart phone, and let Randall Moore take you on this journey. - R.F. Lackey 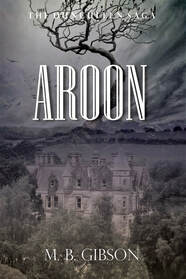 AROON (The Duncullen Saga: Book One) 1750. Amidst the lush beauty of Tipperary, a darkness runs through Duncullen Estate. Trapped in a life he doesn’t want, 17-year-old heir Richard Lynche becomes enraptured by a forbidden romance—until grisly visions overtake him. Are they madness or a summons from God? One thing is clear—someone must die.
​
M. B. Gibson has also written the award-winning novel, Harps Upon the Willows, Book Two of The Duncullen Saga. She is currently writing Book Three, which is set in Revolutionary-era South Carolina. Gibson is a lifelong learner and teacher, eager to share her passion for history and story to celebrate the dignity and value of all people. She and her husband enjoy the quiet life in rural South Carolina.

Go to https://mbgibsonbooks.com/aroon-2/
Powered by